Purchased from International Turbine Research in 2018, Scout returned the wind farm in Pacheco State Park to the current level of operation and will now rechristen the project the Gonzaga Ridge Wind Farm, LLC (GRWF).

“We are excited to expand our partnership with Peninsula Clean Energy and the opportunity to continue to supply clean, renewable power to the customers of San Mateo County and Los Banos in Merced County while we complete our upgrade plans to the Gonzaga Ridge Wind facility.” said Michael Rucker, CEO, and founder of Scout Clean Energy. “In addition, we will continue to generate royalty revenues for the California Department of Parks and Recreation to help fund the operations of the park.”

“The Gonzaga Ridge project is an important tool in Peninsula Clean Energy’s efforts to provide 24/7 renewable power, with the added bonus of being located near our new Los Banos service territory,” Peninsula Clean Energy CEO Jan Pepper said. “It is also a great example of how state-of-the-art wind farms have become far more efficient and powerful in providing clean and affordable energy across our territories during both peak and non-peak hours.”

“Not only is this the second big renewable development right in our backyard, but it also smartly taps into the tremendous wind power available at Pacheco Park particularly at night and in spring,” Los Banos Mayor Tom Faria said. “This helps further diversify the natural, clean and affordable power that Merced County can increasingly produce directly for our residents.”

Construction, which will begin in late 2023, will also utilize a labor agreement between contractors and national unions.

The project will replace the existing 162-turbine wind farm in Pacheco State Park, originally built nearly four decades ago, with a much-smaller fleet of far more powerful state-of-the-art turbines that are expected to be operational by around the end of October 2024.

While the existing 162 turbines produce up to 18.4 MW, Scout is planning a total GRWF capacity of 147.5 MW of wind energy and a 50-MW four-hour Battery Energy Storage System. The completed project upgrades would be one of the first repower projects on state land in California. Upon reaching commercial operations, GRWF will provide around 350,000 megawatt hours of carbon-free, renewable electricity to the California grid each year, enough to power around 44,000 homes.

“The increase in renewable energy generated from this overall project helps demonstrate the potential for more of these type projects in the future,” explained Rucker. “With some of the aging infrastructure, especially in California, we hope this serves as an example for repowering projects across the country.”

In 1992, 6,900-acres of former ranchland located along the south side of Pacheco Pass was bequeathed by the former owner, Paula Fatjo, to California Department of Parks and Recreation (CDPR). Prior to her death in 1992, Ms. Fatjo agreed to a 25-year lease to allow up to 200 wind turbines to be installed across the ridgelines in the eastern portion of the current park to harvest and transform wind funneled through the pass into electrical energy.

A key component of Ms. Fatjo’s bequest is that all income which may accrue to CDPR from the wind project is to be used for the operations and development of the park and shall not be used in the State’s general fund. The land, and the operating facility, were bequeathed to the State in 1997, with revenues from the facility supporting the operations of what became Pacheco State Park.

“The partnership with Scout Clean Energy to replace the existing outdated wind turbines enables visitors from all over the world to experience Pacheco State Park and learn about one of the last remaining Mexican land grants in California,” said Danielle Gerhart, California State Parks Central Valley District Superintendent. “Our desire is to continue honoring the wishes of Ms. Fatjo by  protecting this valuable resource while also encouraging visitors to enjoy such a beautiful place in the state.”

Peninsula Clean Energy is a Community Choice Aggregator (CCA) serving customers in San Mateo County and will also begin service in April 2022 to Los Banos in Merced County. CCAs are locally controlled community organizations that enable local residents and businesses to choose how their energy is sourced.

GRWF will be located about 10 miles from the groundbreaking 200-MW Wright Solar Project, which in January 2020 became the largest renewable energy installation at the time ever built for a CCA to officially go online. Wright Solar was Peninsula Clean Energy’s first project located in Merced County and California’s Central Valley.

Quinbrook Infrastructure Partners (www.quinbrook.com) is a specialist investment manager focused exclusively on lower carbon and renewable energy infrastructure investment and operational asset management in the US, UK, and Australia.  Quinbrook is led and managed by a senior team of power industry professionals who have collectively invested over $8 billion of equity in energy infrastructure assets since the early 1990's, representing a total enterprise value of $28.7 billion or 19.5 GW of power supply capacity. Quinbrook's investment and asset management team has offices in Houston, London, Jersey, and the Gold Coast of Australia. Quinbrook has completed a diverse range of direct investments in both utility and distributed scale wind power, solar PV, peaking power and grid support, biomass, battery storage and 'micro-grid' installations in the US, UK, and Australia.

Peninsula Clean Energy is a Community Choice Aggregation agency. It is the official electricity provider for San Mateo County and, beginning in 2022, for the City of Los Banos. Founded in 2016 with a mission to reduce greenhouse gas emissions in the county, the agency serves 295,000 customers by providing more than 3,500 gigawatt hours annually of electricity that is 100 percent carbon-free or renewable and at lower cost than PG&E. As a community-led, not-for-profit agency, Peninsula Clean Energy makes significant investments in its communities to expand access to sustainable and affordable energy solutions. Peninsula Clean Energy is on track to deliver electricity that is 100 percent renewable by 2025. The agency has earned investment grade credit ratings from Moody’s and Fitch. Follow us at PenCleanEnergy.com, Twitter, Facebook and LinkedIn. 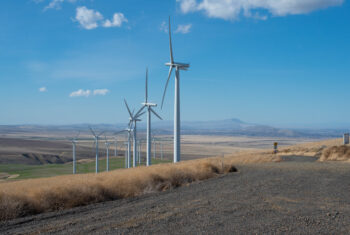 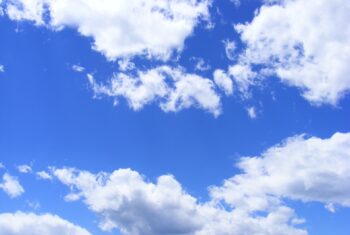