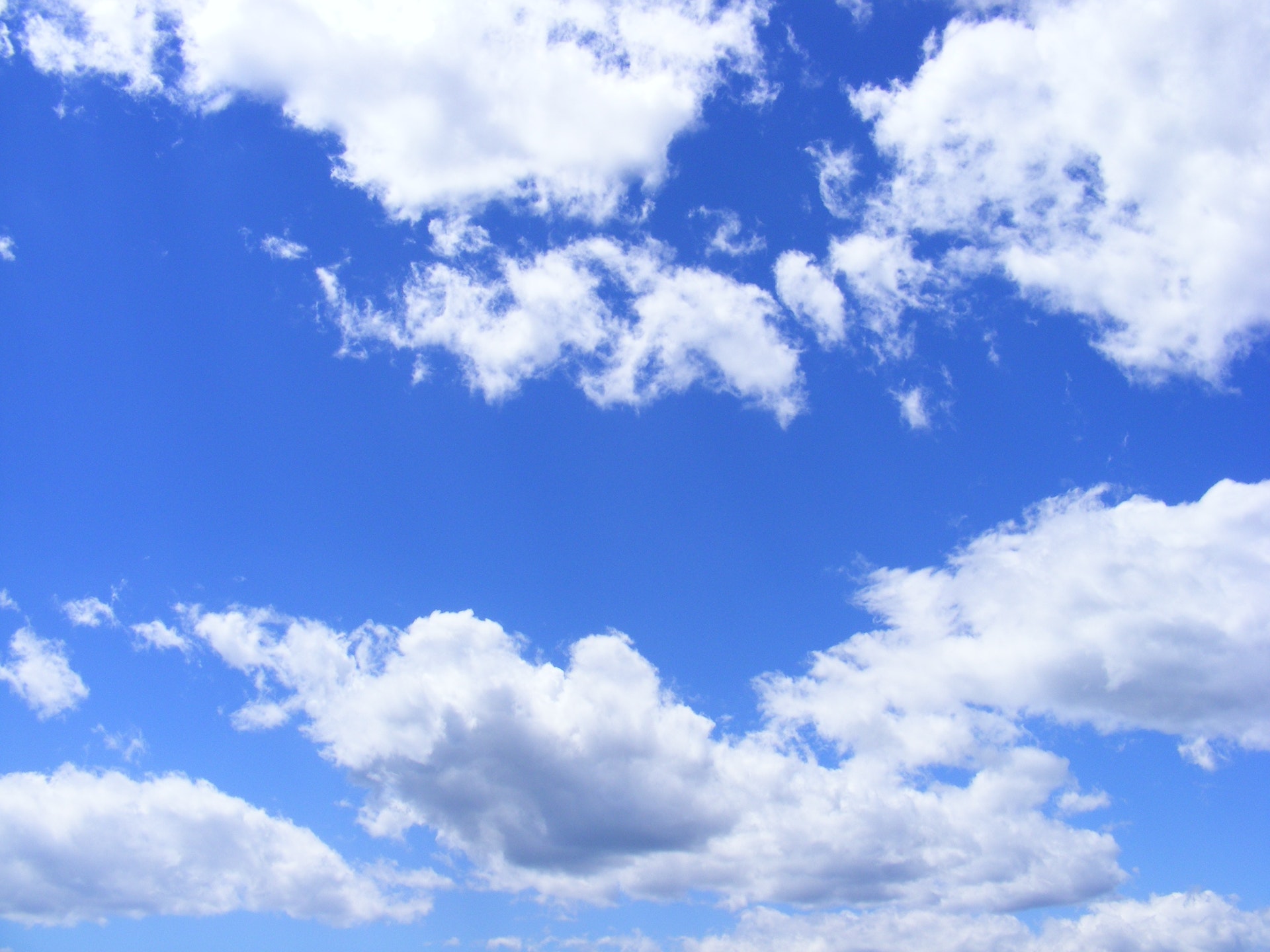 The agreement to source renewable energy through Scout’s Blue Sky Solar Project will create local jobs and bring additional clean electricity to the U.S. power grid – a testament to Comcast’s commitment to the state of Illinois, its economy and communities.

GRUNDY COUNTY, IL, March 31, 2022 — Scout Clean Energy (“Scout”), a Colorado based renewable energy developer, owner and operator is pleased to announce the agreement between Comcast and Constellation to purchase power from Scout’s Blue Sky Solar (“Blue Sky”) project. The agreement will allow Comcast to power approximately 12 percent of its U.S. operations and the vast majority of its Greater Chicago Region and Mid-Atlantic operations with clean, renewable energy from the Blue Sky Solar Project, currently being developed by Scout Clean Energy in Grundy County, Illinois.

The project will create up to 400 construction jobs and 20 new local long-term jobs and generate $36.3 million in tax revenue over the life of the project, including $25.4 million slated to go directly to local schools.

“We are pleased to work with Comcast and Constellation to deliver carbon-free solar energy and invest $400 million into the local community, creating new sustained jobs and tax revenue for local schools,” said Michael Rucker, CEO and founder of Scout Clean Energy. “Comcast’s commitment made this possible.”

Comcast will source 250 megawatts (MW) of carbon-free solar electricity from Blue Sky each year. The deal will allow Comcast to reduce the carbon dioxide emissions associated with its energy use by nearly 360,000 metric tons annually – equivalent to avoiding the emissions from more than 65,000 homes’ electricity use for a year. [1]

“Sourcing clean, renewable energy is the top priority for meeting our goal to be carbon neutral by 2035,” said Peter Kiriacoulacos, Executive Vice President and Chief Procurement Officer at Comcast. “This marks the first of many major green investments that are already underway or on the immediate horizon which demonstrate our commitment to sustainable, responsible business.”

Comcast is committed to being carbon neutral by 2035 for Scope 1 and 2 emissions, or the direct and indirect emissions it owns and controls, across its global operations. With purchased electricity accounting for the majority of these emissions, sourcing renewable energy is critical to meeting this goal.

“I’m proud of Comcast’s role in supporting the Blue Sky Solar Project, which will not only directly service our local operations here in Illinois, but will meet nearly all of our operational energy needs across the Mid-Atlantic,” said Comcast’s Regional Senior Vice President John Crowley. “This project is a testament to the role Comcast plays in Illinois’ economy and our commitment to investing in communities across the state.”

Backed by Comcast’s commitment, Constellation has agreed to purchase power and project-specific renewable energy certificates (RECs) equal to a 250 MW share of Blue Sky’s 300 MW total nameplate capacity. Blue Sky is one of the largest solar projects approved to date in the PJM power grid and Comcast is currently the sole customer.

“Grundy County is thrilled to have been selected as the location for a project of this scope and stature,” said Nancy Norton, President & CEO of the Grundy Economic Development Council. “From the addition of hundreds of construction jobs and significant capital investment, to being positioned as a viable location for major clean energy projects, Blue Sky and Comcast will have a major impact on the local economy.”

Blue Sky is expected to reach commercial operation by December 2024. Comcast has signed a corresponding 15-year agreement with Constellation beginning in 2025 to receive energy and RECs from Blue Sky as part of its retail electric supply contract.

“We commend Comcast on its carbon neutral commitment and are pleased that our offsite renewable solution will serve as a significant steppingstone toward achieving that goal,” said Jim McHugh, Chief Commercial Officer, Constellation. “As our nation transitions to a clean energy future, Constellation is dedicated to offering the products, services and expertise that help our customers strategically manage their energy use and reduce their carbon footprints.”

“Blue Sky is a uniquely located project enabling the supply of significant solar power to the Greater Chicago region and further diversifies Scout’s fleet across wind, solar and storage. Blue Sky Solar is among our first utility-scale solar projects and is another major step in Scout’s rapid growth as a leading US renewable energy developer, owner and operator,” added Rucker. “Scout’s accomplishments in the last year are a testament to our incredible team of experienced renewable energy professionals and to the ongoing support provided by our sponsor, Quinbrook Infrastructure Partners, and we expect to announce further project investments and closings of PPAs later this year.”

Scout Clean Energy (https://scoutcleanenergy.com/) is a renewable energy developer, owner-operator headquartered in Boulder, Colorado with over 1,200 MW of operating assets. Scout is actively developing a portfolio of over 12,000 MW of onshore wind, solar PV, and battery storage projects across 21 US states. Scout has expertise in all aspects of renewables project development, permitting, power marketing, finance, construction, 24/7 operations, and asset management. Scout is a portfolio company of Quinbrook Infrastructure Partners.

Quinbrook Infrastructure Partners (http://www.quinbrook.com) is a specialist investment manager focused exclusively on renewables, storage and grid support infrastructure and operational asset management in the US, UK, and Australia. Quinbrook is led and managed by a senior team of power industry professionals who have collectively invested c.USD 8.2 billion equity in energy infrastructure assets since the early 1990s, representing a total enterprise value of c.USD 28.7 billion or 19.5 GW of power supply capacity. Quinbrook has completed a diverse range of direct investments in both utility and distributed scale onshore wind and solar power, battery storage, reserve peaking capacity, biomass, fugitive methane recovery, hydro and flexible energy management solutions in the US, UK, and Australia.

Constellation is the nation’s largest producer of carbon-free energy and the leading competitive retail supplier of power and energy products and services for homes and businesses across the United States. Headquartered in Baltimore, its generation fleet powers more than 20 million homes and businesses and is helping to accelerate the nation’s transition to clean energy with more than 32,400 megawatts of capacity and annual output that is 90 percent carbon-free. Constellation has set a goal to eliminate 100 percent of its greenhouse gas emissions by 2040 by leveraging innovative technology and enhancing its diverse mix of hydro, wind and solar resources paired with the nation’s largest carbon-free nuclear fleet. Constellation’s family of retail businesses serves approximately 2 million residential, public sector and business customers, including three-fourths of the Fortune 100. Visit ConstellationEnergy.com or follow Constellation on Twitter at @ConstellationEG. 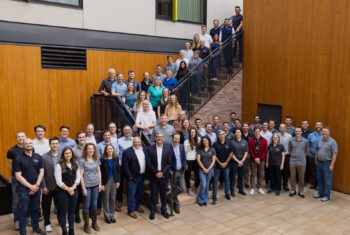 Scout Clean Energy to be Acquired by Brookfield Renewables 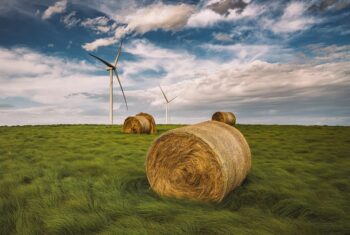